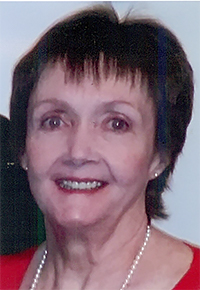 Joan worked one year for Marine Midland Bank. In 1973 she started her career with NYSDOT, retiring as a Civil Engineer in 2005. She was a member and past officer at Elks Lodge 496, was Elk of the Year in 2010, and Citizen of the Year in 2020. She had a patron membership with the Jefferson County Historical Society and was a member of the Jefferson County Genealogical Society.

Joan is survived by her brother, Mark F. and Cynthia D. Keegan, Marana, AZ; sister, Lauren K. and Douglas Shackleton, Montgomery, TX; and several nieces, nephews, and cousins. She is predeceased by her parents.

Services will be held at the convenience of her family. Arrangements are entrusted with Cummings Funeral Service, Inc., Watertown and online condolences may be posted at www.cummingsfuneral.com. In lieu of flowers donations in Joan's name may be made to Hospice of Jefferson County, 1398 Gotham St., Watertown, NY 13601.

#5 Christina Liberatos 2021-08-27 20:10
Shock and sadness in seeing the news of Joan's passing. I knew her for years as a neighbor and through our work at NYSDOT. A warm and giving lady with a great sense of humor and a helping hand whenever needed. My condolences to the family, and I hope they receive comfort in their treasured memories of Joanie.
Report to administrator
#4 Mike Fayette 2021-08-25 16:54
I worked with Joan in the NYSDOT Regional Office in Watertown for 15 years. Joan was a terrific coworker and friend. Very sad to hear of her passing. My thoughts and prayers go out to her family and friends.
Report to administrator
#3 Cheryl Clark 2021-08-24 16:09
Condolences to the family. As a past exaulted ruler for the Elks lodge I was always thankful for Joan's assistance and can't imagine getting through it without her. She will be missed.
Report to administrator
#2 Dave and Jann Bonney 2021-08-24 13:42
Jann and I are deeply saddened by Joan's passing. We were friends of Joans for years and know first hand that her her giving nature was unparalleled. Always ready to help in anyway no matter who the person or the project. Her memory will never fade from us. Rest in peace my sister.
Report to administrator
#1 Kathryn Boyanski 2021-08-24 12:12
So very sorry , Have know Joan since we Started school at Knickerbocker together.
Hoping loving memories will help Joan’s family through this difficult time.
Report to administrator
Refresh comments list