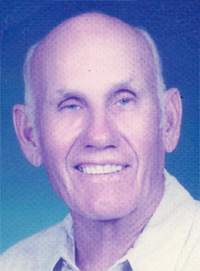 He was born in Theresa September 8, 1932, son of Leamon S. and Persis A. Fitchette Wilkie and attended school in Clayton.

On January 23, 1952 he entered the US Air Force. Jasper received the National Defense Service and Good Conduct Medals and was honorably discharged as an Airman 1st Class on May 4, 1956.

In his younger years Jasper enjoyed playing softball and was a pitcher. He and his wife, Leona, hosted many foreign exchange students and had kept in touch with them over the years. He was a Boy Scout Leader for many years and was very active in his community, especially in the political scene. The family cottage in Three Mile Bay was the scene of many happy family times. Jasper enjoyed motorcycling, skiing, running, hunting, fishing, and just being outside.

Jasper is survived by his four children, Dean A. Wilkie, Clayton, D. Cindy Wilkie, Copenhagen, Daniel R. and Brenda Wilkie, Depauville, and Decima A. and Edward "Chris" Chiasson, Carthage; six grandchildren and seven great-grandchildren; sister Marlene, FL; and numerous nieces, nephews, and cousins. Along with his wife, Leona, he was predeceased by three brothers, Lyle, Richard, and Gareth and three sisters, Molly, Sheila, and Phyllis.