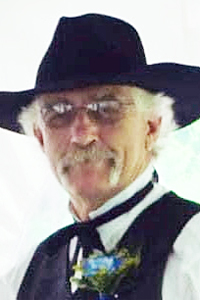 Barry Ingerson passed away at his home in Clayton Tuesday afternoon May 11, 2021. In his last days he was comforted by his wife, Cathy, his family, and his friends of many years.

Barry was born in Alexandria Bay on October 4, 1952, son of S. Gerald and Gertrude Ingerson.

Barry was a stonemason for 45 years. He was a true artist, and had an eye to know exactly where each stone needed to be placed. He first worked at St. Mary's in his early 20s and continued to work there throughout his career. There are so many buildings in Clayton and beyond, Rak's, Higgins Insurance, the Verizon building behind St. Mary's, to name just a few, where his masonry skills can be seen. He also redid the whole steeple at Trinity Episcopal Church in Watertown.

Barry graduated from Clayton Central School. He was an excellent athlete. He played football, baseball and wrestled. He went on to be involved with youth sports throughout his life and was very active in the community. He volunteered with the Clayton Youth Commission, was one of the original organizers of the Booster Club, and was president of the Clayton Hockey Association for many years.

The great outdoors was definitely his passion. He enjoyed hunting, sugaring, fishing, guiding, gardening, and hiking the family trails. Barry married Cathy "Chick" Carnegie on June 25, 2011 in a Western themed wedding, in the woods behind Heritage Heights, horse drawn carriage and all.

A family celebration of his life will be at his family's convenience. Arrangements are entrusted with Cummings Funeral Service, Inc., Clayton and online condolences may be posted at www.cummingsfuneral.com. In lieu of flowers, donations in Barry's name may be made to the Clayton Youth Commission, P. O. Box 191, Clayton, NY 13624.

I'm so sorry to hear of Barry's passing. Barry was a great guy. Barry was a big influence on my children and always there when they needed him. Our thoughts and prayers are with you.