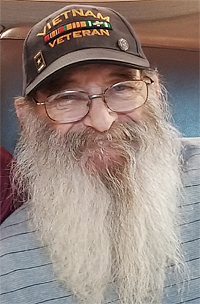 James was born in Watertown on February 10, 1947, son of Charles Henry and Josephine Mae (Jones) Bennett and he attended Watertown schools. He entered the US Army on March 18, 1968. He received the National defense Service, Vietnam Service, Vietnam Campaign, and Army Commendation Medals. James was honorably discharged from active duty on October 27, 1969 and from the Reserves on May 2, 1993.

On January 5, 1974 he married Kathryn A. Ransome at Holy Family Church with Rev. Steven Gratto officiating. Mrs. Bennett died May 18, 2013.

He was a heavy equipment mechanic for over 45 years on Ft. Drum. James was a member of the Brownville American Legion. He enjoyed working on cars and motorcycles, fishing, camping, and music.

Calling hours will be held at Cummings Funeral Service, Inc., Watertown on Tuesday, January 26, from 2 - 4 PM. The funeral service will be at his family's convenience. Masks and social distancing are required for attendance to all services. In lieu of flowers donations in James' name may be made to Wounded Warrior Project, 3707 7th Ave., Suite 1802, NY, NY 10001. Online condolences to his family may be posted at www.cummingsfuneral.com.