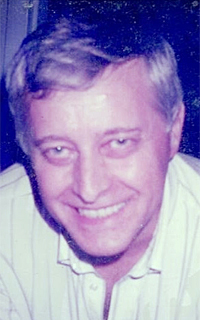 Jan S. Slodkowski, 72, of Watertown passed away Friday, August 14, 2020, at St. Joseph's Hospital, Syracuse, NY. Jan was born in Poland on August 12, 1948, son of Jan and Regina Slodkowski and attended Polish schools and University. He served in the Polish Army for two years then in the early '80's he escaped from Poland Communism to Austria. Later he emigrated to the United States and became a naturalized citizen. On July 22, 1999 he married Susanne M. Grieco at Thousand Island Club, Alexandria Bay. The marriage was later blessed at the Bascilica in Swnicica, Poland.

Jan was a Designing Mechanical Engineer for Welch-Allyn, Skaneateles for fifteen years. He went on to create his own patents and was a successful consultant. He was a communicant of St. Anthony's Church and was a charismatic spiritual healer. He enjoyed working outside, designing, reading, bird feeding, traveling globally and enjoyed conversations with friends and family.

Due to COVID a funeral Mass for Jan will be held at his family's convenience at St. Anthony's Church and there are no calling hours. Arrangements are entrusted with Cummings Funeral Service, Inc., Watertown and online condolences to his family may be posted at www.cummingsfuneral.com. In lieu of flowers donations in Jan's name may be made to either St. Anthony's Church, 850 Arsenal St. or Sisters of the Precious Blood, 400 Pratt St., both in Watertown, NY 13601.