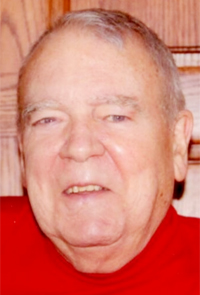 Robert J. Marr, 83, Clayton, passed away July 7, 2020 at home, where he was under the care of his loving family and Hospice of Jefferson County. Due to current restrictions, there will be a Celebration of Life at a later date, when friends and family can gather to remember the good times.

Bob was born March 31, 1937 in Rochester, NY, the son of Howard and Emily Marr. He graduated from Irondequoit High School in 1955, then joined the U.S. Navy, from which he was honorably discharged in 1961. He was proud of his Navy service and had great stories to tell from that time. After his discharge he attended Rochester Institute of Technology while working at Eastman Kodak Co., first as an electrician, and then as a training instructor. After retiring from Kodak in 1996, he formed a company called Medusa Graphics Ltd., and another called Cofax Educational Technologies, which provided education programs for Kodak and the City of Rochester.

He married Sandra Eckels on September 23, 1961 in Rochester. It was Sandy who introduced Bob to "The River" and the 1000 Islands, which he enthusiastically embraced and enjoyed every day since. In earlier years, Bob drove his family to the Islands from Rochester every weekend from May through October and he loved it all – boating, swimming, sailing, fishing, water-skiing. Upon their retirement in 2001 they winterized "the cottage" and moved to Clayton permanently, where they had many friends and became involved in many activities.

An amateur photographer, he won an award for a photo entered in the Kodak International Salon of Photography. Bob was an avid reader and library advocate his entire life, serving on library boards in Rochester and later, when he moved to Clayton, on the boards of the Hawn Memorial Library and North Country Library System. He was also an artist, working in both watercolor and oils, and coordinated an art group in Clayton, "River Artists."

Donations in his memory may be made to Hawn Memorial Library, 220 John St., Clayton, NY 13624 or Hospice of Jefferson County, 1398 Gotham St., Watertown, NY 13601. Arrangements are entrusted with Cummings Funeral Service, Inc., Clayton and online condolences to his family may be posted at www.cummingsfuneral.com.