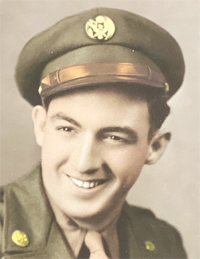 Charles was born in Baltimore, MD on April 18, 1926, son of Charles L. and Evelyn Holland Schweinsberg, Sr. He served proudly in the Merchant Marines and then the US Army. He served in the Pacific Theater and then at Pine Camp as a Military Policeman. He then moved to Watertown in 1946.

Charles worked for the NY Air Brake as a hydrolic tester and for many years he owned Chuck's TV in Watertown. With his wife he was the co-owner of World of Leisure Travel. He was a member of the American Legion Post 61 and Elks Lodge 496. He enjoyed flying planes, fishing, traveling, and the family's cottage on Sherwin's Bay.

Along with his wife, Gloria, he is survived by five children, Charles L. Schweinsberg III and wife Lynn, Watertown, Linda Traynor and husband Michael, Watertown, Laurie Brown and husband Christopher, Rodman, John Schweinsberg and fiance Deborah Ahlheim, Rutland, and Stacey Carraturo and husband Anthony, Woodbury; eighteen grandchildren and sixteen great-grandchildren, and several nieces, nephews, and cousins. He was predeceased by his son, Robert Schweinsberg, grandson, Brian Parker, and his two sisters and one brother.

Calling hours will be held at Cummings Funeral Service, Inc., Watertown on Monday, March 16, from 4 - 7 PM. The funeral mass will be celebrated at St. Anthony's Church on Tuesday, March 17, at 10 AM with Fr. Christopher Looby, pastor, presiding followed by burial in Glenwood Cemetery.

Donations in Charles' name may be made to St. Anthony's Church, 850 Arsenal St., Watertown, NY 13601. Online condolences to his family may be posted at www.cummingsfuneral.com.