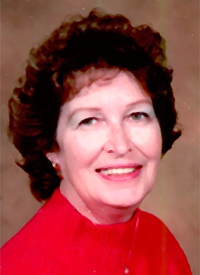 She was born in the town of Brownville on March 27, 1930, daughter of the late Lyle and Harriet A. Plank Rundell and was a graduate of Watertown High School. On April 18, 1953 she married Robert G. Crandall at Our Lady of the Sacred Heart Church with Rev. Benoit Dostie officiating. Mr. Crandall died on October 24, 2005. In her younger years, Ardis enjoyed crocheting, gardening and plants, and her CB Radio.

Calling hours will be held at Cummings Funeral Service, Inc., Watertown on Monday, March 2, from 5 - 7 PM. A prayer service will be at the funeral home on Tuesday, March 3, at 11 AM. Burial in Brookside Cemetery will be in the spring.

In lieu of flowers, donations in Ardis' name may be made to Hospice of Jefferson County, 1398 Gotham St., Watertown, NY 13601. Online condolences to her family may be posted at www.cummingsfuneral.com.