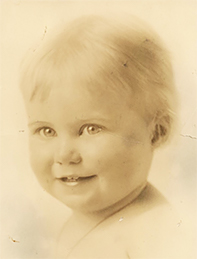 The following obituary was written by me, Michael R. Cole, son. All contents are true and as accurate as possible. Linda A. Cole of Clayton passed away peacefully in her sleep on Friday, February 21st, 2020. She was under the care and watchful eye of God, family, hospice, long time caregiver and friend, Laurie, and cat. She was 6 days shy of her 86th birthday.

Linda was born February 27th, 1934 in Kingston Ontario Canada to Clarence and Fern Lapum. She spent her childhood in Watertown living with her parents on Gotham Street. Clarence was an accomplished pianist and had Linda take lessons. Linda never wanted to play the piano and even went to the length of having her best childhood friend, Susie, call the piano teacher pretending to be Linda's mother making up stories as to why Linda would not attend the lessons. Her parents divorced. Linda lived with her father and attended Watertown High School.

Linda then moved to Rochester to live with her mother, Fern, and her companion, Guy. She assisted them with a boarding house they owned and was employed as a receptionist at several different businesses and later at Kodak.

Linda moved back to Watertown in her convertible automobile and a short time later she married Earl W. Cole on August 7th, 1954. Their marriage lasted 65 years until she passed. Their son John S. Cole was born in 1956 and son Michael R. Cole was born in 1961. The Coles moved from Watertown shortly after her father Clarence was killed in a car accident.

Linda was a full time wife and mother. She was the head cook, dishwasher, house cleaner, laundry manager and more. She was not the head disciplinarian, however she was the gate keeper. While doing all this she still had time to socialize in the community with Earl. She loved to read hundreds of novels of all kinds. She could be found lounging in the sun with her Coppertone tan at the C-Way pool, Bastian's or Kennedy's family pools. She was an avid golfer. She was a past president of the Clayton women's golf league. Linda was inducted in the the Frontenac Crystal Springs Water Hole in One Club. She shot her hole in one on the 8th hole at the Clayton Country Club. Amazingly that same night, that same hole, in the next foursome Sharon Klingenburger also shot a hole in one. Linda's best golf day ever was when she claimed she outscored Earl at the C-Way., she shooting from the womens and he from the mens. This can be neither confirmed nor denied at this point.

Linda loved to play bingo. She enjoyed traveling the north country with her friend Rachel and in Zephyrhills, FL where she and Earl spent many winters.

Her mother Fern moved to Clayton after her companion Guy passed. Fern lived on Swart Avenue until her death in the late 1970's.

Linda was known to be an animal lover and her dogs Gunny, Gi Gi, Muffin, Buffy, and Scampi brought great joy to her life as did her cats Misty and Baby. She adopted 3 baby squirrels after the ice storm of 1998. She reluctantly gave them over to be released back into the wild. She was intelligent. Other than reading she enjoyed solving the daily crossword puzzle. Some people claim that in 1979 she wrote a high school term paper on cloning reportedly earning a B+. Linda had a tremendous sense of humor. She once won the Best Joke Contest at the Lake Ontario Playhouse with a joke about an African missionary. On Halloween she often played tricks along with giving treats. According to Rae Patterson who was trick or treating at the Cole residence with her children, Linda dressed in costume and instead of grabbing candy from an unsuspecting Earl she grabbed something else. Earl failed to find the humor. Rae found it quite entertaining.

Her son, John, died in 1994. He was a good son to her and she missed him every day. She loved her grandchildren Michael of Rochester and Benjamin of Alexandria Bay. She enjoyed when Benjamin stopped by the house to visit his grandparents.

Over the past few years Linda could be found at several local establishments where she visited with Earl, Mike, and Laurie. Linda very much enjoyed Southern Comfort Old Fashioned. A bartender at O'Briens claimed Linda taught him how to make them years ago at the Thousand Islands Inn. She enjoyed trips to Cape Vincent, Tibbets Point Lighthouse, dipping her feet in Lake Ontario at Wilsons Beach and the Cape Vincent American Legion. She often spoke of her favorite restaurants O'Briens, Rays Pub and Grub, and Natali's C-Way Restaurant. On her 84th birthday there was a beautiful celebrations at the Clayton American Legion where friends and family got together to reminisce. She had a way to meet new friends wherever she went. She spoke of a Blast and a Jocko, two people she met at O'Brien's. She spent many a day at her kitchen table looking out the window at the pine trees listening to old music. Elvis and Engelbert Humperdink were two of her favorites. Her most favorite was her husband, Earl.

At her insistence there will be no calling hours or funeral service. There will be a spring burial at the Clayton Cemetery next to her beloved son John followed by a reception/celebration of life all to be determined at a later date.

Arrangements are handled by Cummings Funeral Service, Inc., Clayton. Online condolences may be posted at www.cummingsfuneral.com. In lieu of flowers donations can be made to Hospice of Jefferson County, 1398 Gotham St., Watertown, NY 13601.

Linda A. Cole was wife, mother, friend, smart, funny, interesting and much more. She will be missed.

#1 Piotr Wydra 2022-03-19 09:53
I just wanted to say how sorry I am for your loss. Throughout the course of our life we are placed under a test and we have to be strong to overcome the pressure of being a human. I hope that Linda is happy wherever she went. I know that she is in a better place now, and the continuity of her life doesn't end here. I had a vision in an out of body experience seeing her with other beings in a category where she belongs. You may not know me but Linda has touched me and made a memorable impact on my life. Although me and Linda met briefly I knew that she will be in the right category after she exits from this planet earth. I hope you are able to find peace and some understanding that death is something we can't escape from and perhaps you too will join Linda Cole one day.
Report to administrator
Refresh comments list