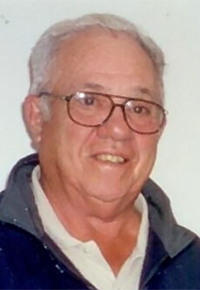 Matthew J. “Coach” Branski, 84, passed away at his home in Watertown Wednesday morning, January 29, 2020, with his family at his side.

Matt was born in Rochester on September 27, 1935, son of Matthew T. and Marie L. Palmer Branski, where he graduated from Aquinas Academy. On August 9, 1958 he married Mary L. Burr in Webster.

He continued his education at Ithaca College; where he excelled at baseball, and upon graduation with a Bachelor of Science Degree in Physical Education, was drafted by the Pittsburgh Pirates. After suffering an injury Matt pursued a teaching career, relocating to Northern New York.

Coach began his career in Lewis County, before settling as a Physical Education teacher for the Watertown City School District, from 1960 to 1995. Matt coached the Watertown Boys’ Lacrosse team from 1966 to 1988, retired, and stayed on as an assistant coach until 1992. Coach was also involved with Watertown’s football program throughout his years with the school district. He was well loved as a coach and mentor by many players; some of whom went on to pursue lacrosse careers in officiating, and coaching at both the high school and collegiate levels.

Matt was a member of the Eastern College Athletic Conference (ECAC) Basketball Officials Association, serving as a referee at the collegiate level. As a member of the International Association of Approved Basketball Officials (IAABO) he served as a basketball referee at the high school level, as well. For many years, Matt served as an assignor for both the Frontier League boys’ lacrosse and basketball programs. A pinnacle of Coach’s career came in 2002, when he was inducted into the Upstate New York Chapter of the U.S. Lacrosse Hall of Fame.

Matt was a communicant of Holy Family Church. He was a member of the Sons of the American Legion Post 61, and a life member of the Watertown Elks Lodge 496, where he was elected Elk of the Year. He enjoyed being a member of the Shack Club, golfing, fishing, and especially spending time with his family and friends at the cottage in Duck Harbor.

Coach is survived by his three children and four grandchildren, Cynthia A. “Cindy” Branski Fusco and her three children, Maria, Michael, and Victoria, Chaumont, Michael E. (Kathleen B.) Branski and their daughter, Elizabeth, Black River, and Mark J. Branski and Pam Elliott, Chaumont; brother James (Sandra) Branski, Chaumont; and numerous nieces, nephews, and cousins. He was predeceased by his wife Mary, June 20, 2016, his son Timothy J. Branski, October 17, 2019, and his brother, Thomas Branski.

A funeral mass will be celebrated on Saturday, February, 8, 2020, at Holy Family Church at 2:00 pm with Rev. John M. Demo, pastor, presiding. Burial will be in the spring in Brookside Cemetery. There are no calling hours and arrangements are entrusted with Cummings Funeral Service, Inc., Watertown.

In lieu of flowers, memorial contributions may be made to the Northern New York Community Foundation, 131 Washington St., Watertown, NY 13601, and designated to establish the Coach Matthew J. Branski Scholarship Fund. Online condolences to his family may be posted at www.cummingsfuneral.com.