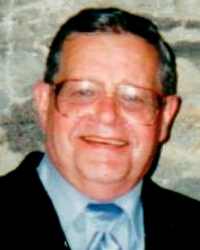 Calling hours will be at Rutland-Corwin Funeral Home In. 2670 Main St. Newfane on Thursday from 4-8 PM where funeral services will be held at 8:00 PM. Burial will be in Royalton Mountain Ridge Cemetery on Monday, December 23, 2019 at 11 AM.

Terry was born in the town of Somerset on April 26, 1937, son of Clayton A. and DeLona (Winnie) MacDonald, Sr. and he was a 1954 graduate of Barker High School. On December 30, 1954 he entered the US Air Force, serving in Maine, Texas, Greenland, and French Morocco. He was honorablly discharged as an Airman 1st Class on October 30, 1958.

Terry began his machinist career on June 1, 1961 at Sherwood, Lockport. After 36 years of service to the company, he retired on April 25, 1997. He is an exempt member of the Barker Fire Dept., and enjoyed golfing, bowling, and hunting.

Please visit www.rutland-corwin.com or www.cummingsfuneral.com to send a condolence to the family.