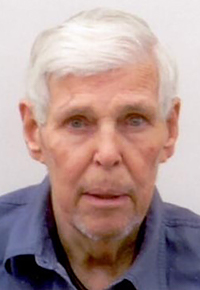 Richard C. Murphy, 81, of Watertown and formerly of Clayton, passed away Tuesday, November 19, 2019.

He was born in Massena on May 19, 1938, son of the late Floyd J. and Lillian A. Harvey Murphy and he was a 1956 graduate of St. Lawrence High School. On September 27, 1968 he married Cynthia E. Mellon at the Clayton United Methodist Church with Rev. Oliver R. Barber officiating.

Along with his wife, Cynthia, Dick is survived by his son and his wife, Patrick J. and Jennifer Murphy, Dearborn, MI; two granddaughters, Madeleine and Amelie Murphy; sister, Helen Jane Dimick, Windsor Locks, CT; and several nieces, nephews, and cousins. His brother, Robert H. Murphy, died before him.

In his early years, he worked on the St. Lawrence Seaway construction. In 1966 he began working for NY Air Brake and retired in 2000 after 34 years of service to the company. He was a member of the International Association of Machinists.

Dick was a member of Asbury United Methodist Church and greatly enjoyed his church family. His family would like to acknowledge how much he loved and appreciated them in his life.

He was proud of several achievements. He was diagnosed with bladder cancer in 2014 and was a cancer survivor. He and his wife, Cynthia, were trained in Niagara Falls in hemodialysis. He was able to perform hemodialysis for his wife, whether at home or during their travels.

Dick enjoyed traveling with his wife, card playing, golfing, bowling, and camping. In the summer he enjoyed going to tag sales and in the winter doing puzzles. He also liked to spend time at the YMCA, three-wheeling, and working in his workshop at home. He enjoyed snowmobiling and was a past president of the Little Angel's Snowmobile Club. His 1986 Chevy El Camino saw many car shows over the years.

The couple lived in Clayton for 25 years and returned frequently to Clayton to enjoy the River, eating, and watching the ships. They have lived in Watertown for the last 10 years and also had wintered in Zephyrhills, FL.

There are no calling hours or funeral service and burial in Clayton Cemetery will be at the family's convenience. Arrangements are entrusted to Cummings Funeral Service, Inc., Watertown.

In lieu of flowers, donations in his name may be made to a charity of your choice. Online condolences to Dick's family may be posted at www.cummingsfuneral.com.

#4 tony soluri 2019-11-23 09:44
Sorry for your loss .Our prays are with him and his family.I work many years with Dick, had a good time and it was fun time and work many hours. ( Sorry ) Tony & Mary Soluri
Report to administrator
#3 The Wallaces 2019-11-22 22:02
Cindy, Pat & family,
Our sincere condolences on Dick's passing. He was always so friendly and had a ready smile. We know you have many great memories of him to sustain you.
Ed & Mary Ellen
Mike & Danielle