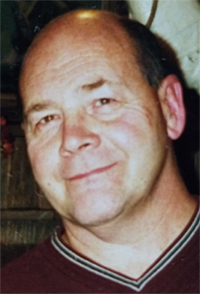 Harry W. Bazinet, 74, of Clayton died unexpectedly after being stricken at his home on Sunday, November 3, 2019.

A funeral mass will be celebrated on Saturday, November 9, at 10 AM at St. Mary's Church with Rev. Arthur J. LaBaff, pastor, presiding followed by burial in St. Mary's Cemetery. There are no calling hours and arrangements are entrusted with Cummings Funeral Service, Inc., Clayton.

Harry was born in Watertown on April 20, 1945, son of the late R. Gerald and Edith (Higgins) Bazinet. He attended St. Mary's School and graduated from Clayton Central School in 1964. On May 7, 1966 he married Patricia A. Clarke at St. Mary's Church with Msgr. Dennis Lynch officiating.

He worked at Mercier's Boat Yard and was a machinist at Frink SnoPlow. In July 1969 he began his career as a machinist for NY Air Brake Company. After 40 + years of service to the company, Harry retired in 2011.

He was a communicant of St. Mary's Church and was a caretaker for St. Mary's Cemetery. He was a life member and 3rd Degree Knights of Columbus Council 350, Clayton. Harry was a member of Dodge Hall, Grindstone Island, and he enjoyed the River and seeing friends on Grindstone, Whiskey, and Club Islands. He was a member for over 45 years of the International Association of Machinists and Aerospace Workers Lodge 761. Harry also enjoyed boating, spending time with his friends, fishing derbies, puttering, talking, and taking care of his neighborhood where he mowed and snowblowed. In his youth he played football and wrestled and supported Clayton Youth Hockey in his later years.