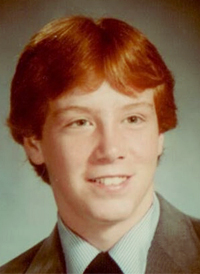 A funeral mass will be held at Holy Family Church on Tuesday, October 22, at 11 AM with Rev. J. Mickey Demo, pastor presiding, followed by burial in Brookside Cemetery. There are no calling hours and arrangements are entrusted with Cummings Funeral Service, Inc., Watertown.

Tim was born in Watertown on July 20, 1967, son of Matthew J. Branski and the late Mary L. Burr Branski. He was a 1985 graduate of Watertown High School and received his bachelor's degree from SUNY Potsdam. He played lacrosse at both institutions; for his father in high school and for his brother Mike in college. He served as the Sports Information Director for SUNY Potsdam and then came back to Watertown. Tim served the US Post Office, Watertown for 25 years as a night clerk, sorter, and maintenance worker and also bartended at the Watertown American Legion.

He was a former communicant of Holy Family Church and a current member of both the Elks Lodge 496 and Sons of the American Legion Post 61. He enjoyed golfing, fishing, and playing cards. He loved spending time with his family as well as taking care of his two cats, Bailey and Buddy. He was a true animal lover.

In lieu of flowers donations in Tim's name may be made to the SPCA of Jefferson County, PO Box 531, Watertown, NY 13601. Online condolences to his family may be posted at www.cummingsfuneral.com.