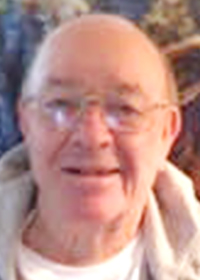 His funeral service will be held on Monday, August 5, at Cummings Funeral Service, Inc., Watertown at 11:00 AM with Rev. Paul Luisi, pastor of Concordia Lutheran Church, presiding. There will be no calling hours.

Floyd was born in Ahmeek, MI on December 13, 1923, son of the late Frederick Henry and Beatrice Curtis Webb where he grew up and attended the Lutheran church. After graduating from Lincoln High School, Manitowoc, WI in 1942, he enlisted in the US Army Air Corps on April 23, 1943. He was proud of his military service especially participating during the Normandy Invasion, and also served in Rome-Arno, southern and northern France, Rhineland, and Central Europe. He received the European African Middle Eastern Theater Service Ribbon, Good Conduct Ribbon, and the Air Medal with Oak Leaf Cluster. He was honorably discharged on November 15, 1945.

The couple moved to Appleton, WI, then to Sacramento, CA. Floyd worked for the State of California as a computer programmer for 22 years and retired in 1991. They moved to Watertown and partnered with their daughter, Bonnie, in the Plaza Sports Center until it was sold in the mid 1990's. They left NY to live in North Platte, NE where their son, Bob, lived and enjoyed their full retirement from work. Floyd was an avid golfer and former member of the Watertown Golf Club.

In lieu of flowers, donations in his name may be made to the American Heart and Stroke Assoc., Founders Affiliate, PO Box 417005, Boston, MA 02241. Online condolences to Floyd's family may be posted at www.cummingsfuneral.com.