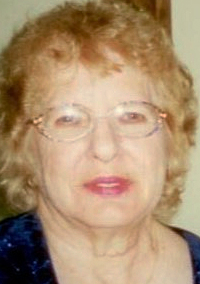 Veronica H. Chambers, 85, passed away Monday afternoon, April 29, 2019, at Lewis County Residential Facility where she had resided since July 2017.

Calling hours will be held at Cummings Funeral Service, Inc., Watertown on Friday, May 3, from 4 - 7 PM. A graveside service will be held on Saturday, May 4, at 3 PM at West Lowville Cemetery with Bruce Chartland presiding.

Veronica was born in Copenhagen on March 21, 1934, daughter of Frederic and Lena Franklin Chadil and she attended local schools. On December 18, 1951 she married John C. Chambers in the parsonage of Lowville Methodist Church with Rev. Anderson officiating. He passed on September 13, 2009. She enjoyed being a homemaker, crocheting, and embroidery and was known as the "coupon queen."

Donations in her name may be made to the American Cancer Society, PO Box 7, E. Syracuse, NY 13057. Online condolences to her family may be posted at www.cummingsfuneral.com.