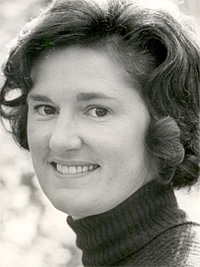 Alice was born in Watertown, NY, the middle child of Thomas H. Bradley, Jr. and Ruth Glynn Bradley, both deceased. She was pre-deceased by her husband of 42 years, Kenneth Whittier Ake, Jr. She is survived by her sister, Janet Bradley Taylor and brother, Thomas H. Bradley, III, both of Watertown. She is also survived by her children, Allison Ake Fulton of New Preston, CT and Alexander C. Ake and his wife Mary, of Bend, Oregon. She also leaves behind her grandchildren, Nicholas, and his wife Ai, Charlie, Marcy and her husband Ryan, and Thomas, and by her four great-grandchildren. She will be missed and fondly remembered by her Taylor and Cecil family nieces and nephews.

Alice was born in Watertown and went to local schools until the age of 15, when she enrolled at The Master's School, a girl's prep school in Dobbs Ferry, NY. At Dobbs, she made lifelong friends, played field hockey and lacrosse, and was inducted into the prestigious Dobbs Athletic Association. Alice attended Bennett Junior College in Millbrook, NY and in 1957, she graduated with a B.A. from Sarah Lawrence College, Bronxville, NY. At Bennett, while she was on a blind date with a Princeton fellow, she met her soon-to-be husband, Ken. They were married on January 4th, 1958 at St. Patrick's Catholic Church. They had a lively reception at the Black River Valley Club, followed by an adventure through Banff and Vancouver, Canada. They moved to Crescent City, California for the early months of their marriage, while Ken was in the Air Force.

After their first child was born, Alice and Ken settled in Rye, NY. From 1959 until 2001, Alice was a busy housewife living in suburban Westchester. She was an active member of the Golden Twig where she volunteered her time fund-raising for the local hospital. For several seasons, she co-chaired the Twig's main revenue-producer, the "Nearly New" consignment shop. Alice played piano with style. She had no need for sheet music and could play almost any tune by ear. At holiday parties, one would often find her at the host's piano, taking requests. She was talented, beautiful, smart and funny.

After the death of her husband in 2000, Alice returned to Watertown and lived for many years at Ives Hill Retirement Community, where she made new friends and settled into a comfortable life.

Alice was a loyal friend who will be dearly missed by her family and so many others who valued her openness and her laugh.

Burial in Glenwood Cemetery will be at her family's convenience. There are no calling hours or funeral service, and arrangements are entrusted with Cummings Funeral Service, Inc., Watertown. Donations in Alice's name may be made to Take the Lead, Inc., 215 Washington St., Suite 110, Watertown, NY 13601. Online condolences to her family may be posted at www.cummingsfuneral.com.