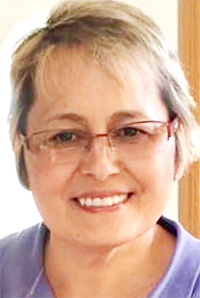 Barbara was born in Bethesda, MD, on December 13, 1960, daughter of the late James W. and Matsuko Shiina Nixon. As a young child, Barbara's family moved to Calais, Maine, where she graduated from Calais High School. She then went on to earn her Business Degree at Washington County Vocational School, which is also where she met her beloved husband of 38 years, John D. Kimball. They married on June 14, 1980 and settled in Watertown when John was stationed at Fort Drum in 1997. Barbara was very proud of the fact that all three of her children served our country through the military.

One of her greatest enjoyments was being "Grammie" to her two little loves, her grandsons Connor and Jackson. She also enjoyed shopping and traveling, which included Europe, Asia, and Disney.

Calling hours will be held at Cummings Funeral Service, Inc., Watertown, on Friday, June 14, from 2:00 to 4:00 p.m. There will be no funeral service.

In lieu of flowers, donations in Barbara's name may be made to either the American Cancer Society, P. O. Box 7, E. Syracuse, NY 13057 or Strong Memorial Hospital, 601 Elmwood Ave., Rochester, NY 14642. Online condolences to her family may be posted at www.cummingsfuneral.com.