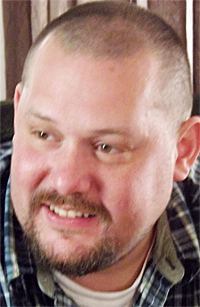 Jeff was born in Watertown on October 5, 1977, son of Raymond A. and Jackie L. (Augustus) Bubb. After moving downstate, he graduated from Great Neck Northern High School, Great Neck, Long Island. He enjoyed working for Citibank in Manhattan. His family's nickname for him was "comic book nerd." Jeff was able to express himself with his artistic ability, working in several mediums, especially working with wood. His family remembers his kindness, generosity, and was also a great listener when people talk. His sense of humor and wit was his greatest gift to all of us – his pranks were phenomenal and we had such belly laughs at his antics.

Due to Jeff's love of animals, in lieu of flowers his family would like donations to SPCA of Jefferson County, PO Box 531, Watertown, NY 13601. Online condolences to his family may be posted at www.cummingsfuneral.com.

#10 Matt Harris 2019-02-14 21:05
I have some fond memories of Jeff from high school, and was saddened to just hear of his passing. Shortly after he and his family moved to Great Neck, we would often hang out watching movies, and playing frisbee in his backyard after a long, hard day toiling in the VS salt mines.

Sincere condolences to his family.