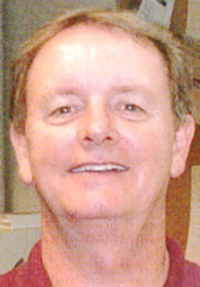 Calling hours will be held at Cummings Funeral Service, Inc., Watertown on Friday, November 23, from 4 - 7 PM. A prayer service will be at the funeral home on Saturday, November 24, at 9:15 AM followed by the funeral mass celebrated at Our Lady of the Sacred Heart Church at 10 AM with Rev. Jonas Tandayu, MSC presiding. Burial will be in Glenwood Cemetery.

Dick was born in Massena on March 13, 1950, son of John Bannon and Thelma Powers Phillips. He was a 1968 graduate of Immaculate Heart Central School, where he played football and baseball. He was united in a wonderful marriage to Mary Ann Ratigliano in October 1971 and she passed on September 30, 2012. After their marriage they spent several years in Pennsylvania, then moved back to New York, residing in Utica since 1977.

He was in the US Navy from 1969 to 1974. For over 35 years he worked for Brodock Press, Utica, starting as a feeder operator, moving to a pressman, and then press foreman. He spent six years in customer service, then Night Plant Manager and retired as a Professional Printer. He was a communicant of St. Peter's Church, Utica. Dick was an avid sportsman, especially bowling and golf. In spring 2018 he made a Hole in One in Myrtle Beach, winning $10,000.

In lieu of flowers, donations may be made in Dick's name to either the Association for the Blind and Visually Impaired, 131 Washington St., Suite 300, Watertown, NY 13601 or American Cancer Society, PO Box 7, E. Syracuse, NY 13057. Online condolences to his family may be posted at www.cummingsfuneral.com.