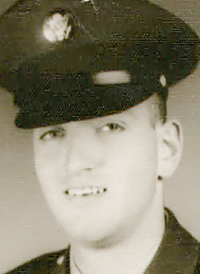 Calling hours will be held at Cummings Funeral Service, Inc., Watertown on Wednesday, November 14, from 4 - 7 PM. A prayer service will be at the funeral home on Thursday, November 15, at 9:15 AM, followed by the funeral mass celebrated at Holy Family Church at 10 AM with Rev. Steven Murray, pastor, presiding followed by burial in Glenwood Cemetery.

Michael was born in Watertown on June 13, 1943, son of Francis E. and Rita Hastings Griffin and graduated from Immaculate Heart Academy. He was a graduate of Hoffman Aircraft Institute, Overland Park, KS. He then worked for Trans World Airlines (TWA) at the Kansas City Municipal Airport.

On May 5, 1973 he married Rebecca A. Slate at Holy Family Church with Msgr. Robert J. McCarthy officiating.

He worked for NY Airbrake as an assembler for almost forty years and served with the 479th Engineer Battalion in the US Army Reserves for seven years. He was a communicant of Holy Family Church and enjoyed going to and visiting both the church and Sisters of the Precious Blood Monastery. Michael was a life member of American Legion Post 61, Elks Lodge 496, Eagles Aerie 782, and the North Side Improvement League. He was a scout for many years and a Cub Scout Leader for several years. He enjoyed his camp and hiking at Brennan's Beach, Pulaski and his grandson was the light of his life.

Along with his wife, Rebecca, Michael is survived by his son and his wife, John M. and Erica L. Griffin, Marcellus; grandson, Lincoln John Griffin; sister, M. Claire LaDuke, Piermont; and several nieces, nephews, and cousins. His mother passed in 1998, father in 2001, and his sister, Ellen E. Sboro, in 2000.

In lieu of flowers, donations in his name may be made to either Holy Family Church, 129 Winthrop St. or Sisters of the Precious Blood, 400 Pratt St., both in Watertown, NY 13601. Online condolences to his family may be posted at www.cummingsfuneral.com.