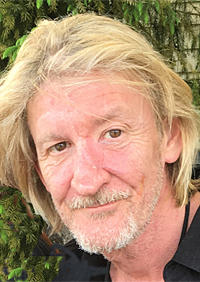 Born in Blakely, Pennsylvania he was the son of Robert and Louise Dempsey Hedden. He was raised in Endicott, NY and was a graduate of Union Endicott High School. Walter worked in the printing industry, as an electrician apprentice in Connecticut, as a cook at a large corporation in South Carolina and more recently in the Thousand Islands region. He was very mechanically inclined working on his car and constructing porches and stairs. He enjoyed cooking, fishing in the St. Lawrence River, hunting, and especially carving ornate canes.

Growing up he had a natural talent for music playing guitar, drums and loud music. He was a proud motorcycle and Camaro owner as a young adult. He loved his Doberman pincers through the years especially one named Baron. Walt was generous and truly desired to be helpful to others.

A Memorial Mass will be held at St. Cyril’s Church, 26 Walton Street, Alexandria Bay, NY on Saturday, September 8th, at 10 am with Rev. Douglas Comstock, pastor, presiding and burial to follow at Riverside Cemetery on County Road 100A on Wellesley Island. His family will receive visitors just prior to the Mass at St. Cyril’s Church.

In lieu of flowers please consider making a contribution in Walter’s memory to Diocese of Ogdensburg, PO Box 608, Ogdensburg, NY 13669, write Tax ID 15-0539048 on the memo line and note that the donation is for "It’s Our Church, It's Our Future." Online condolences to his family may be posted at www.cummingsfuneral.com.