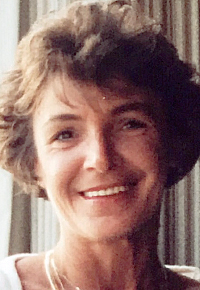 Katherine L. Knapp, 74, of Watertown and formerly of Clayton, passed away at her home on Thursday morning, August 2, 2018.

Calling hours will be held at Cummings Funeral Service, Inc., Watertown on Wednesday, August 8, from 1 - 4PM followed by the funeral service at the funeral home at 4:30PM with Rev. Thomas Wilson presiding.

Kathy was born in Clayton on June 20, 1944, daughter of Glenn A. "Casey" and Esther E. (Burgess) Delaney and was a graduate of Clayton High School. Marriages to Charles A. Wood and Fred Knapp ended in divorce.

She worked as a waitress and bartender for various restaurants, including Cavallarios, Benny's Steak House, and the Watertown Elks Club. She was also the first female member of Elks Lodge 496. Kathy enjoyed golfing, reading, and traveling to Hawaii.

In lieu of flowers, Kathy's family wishes donations in her name to Hospice of Jefferson County, 1398 Gotham St., Watertown, NY 13601. Online condolences to her family may be posted at www.cummingsfuneral.com.