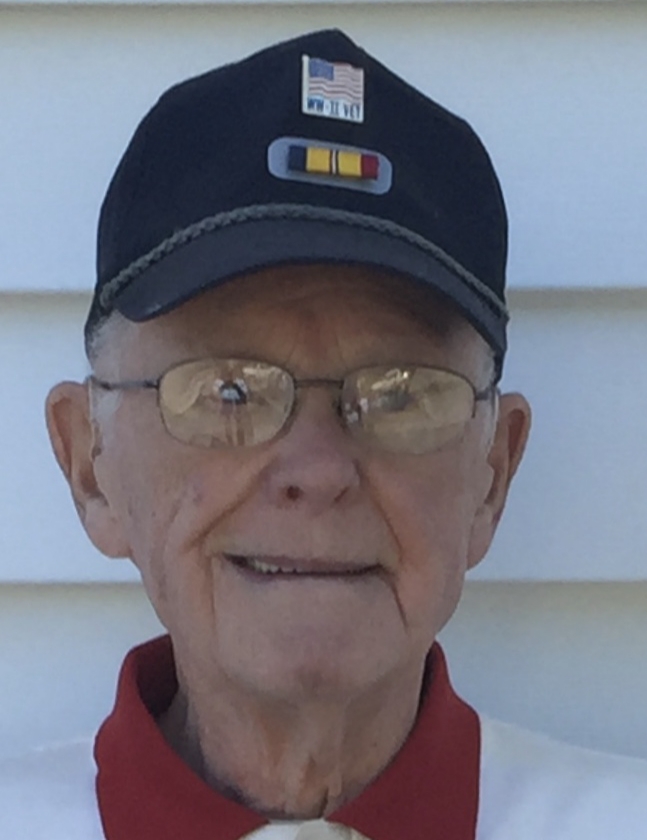 Eugene A. "Red" Seeley. 92, passed away at his home in the town of Pamelia Friday afternoon, June 29, 2018. Recently, he had lived with and was cared for by his daughter, Kim, and her family along with Liz Collette, his caregiver and friend.

Services will be at the convenience of the family. Arrangements are entrusted with Cummings Funeral Service, Inc., Watertown.

Red was born February 26, 1926, son of Jay and Irena (Murphy) Seeley. On February 2, 1944, at almost 18 years old, he enlisted in the US Navy. He received the WWII Victory and American Campaign Medals, the Asiatic Pacific Medal with 7 stars, and the Philippine Liberation Ribbon with 1 star. Among his duties was 18 months at sea aboard the USS Manatee (AO58) and he was honorably discharged on January 31, 1946.

After returning from the Navy, he earned his GED and went to work at the NY Airbrake. He apprenticed as a toolmaker and then worked at the Airbrake for 30 years. He, along with 2 partners, owned Willowbrook Golf Club for 18 years before selling it in February 2007. He was a past member of the American Legion Post 61, and Red enjoyed hunting, golfing, and bowling.

He is survived by his 3 daughters, Linda Walker of Port St. Lucie, FL, Diane Shore of Oklahoma City, OK, and Kim Cahill and husband, Thomas of Watertown, 6 grandchildren, and 4 great grandchildren. Among his may friends, Red was fortunate to have had Jim Tighe as a great friend. He was predeceased by his father, Jay Seeley, mother, Irena Seeley-Burrows, granddaughter, Jennifer Cahill, son-in-law, Phillip Walker, a sister who died in infancy, and brother, Manfred "Jerry" Seeley.

In lieu of flowers, the family wishes donations in his name to Hospice of Jefferson County, 1398 Gotham St., Watertown, NY 13601. Online condolences to Red's family may be posted at www.cummingsfuneral.com.