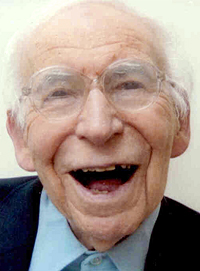 Robert J. DeLosh, 96, of Watertown passed away Wednesday, June 20, 2018, at Hospice of Jefferson County at the Ellis Farm.

As per his wishes, there will be no calling hours. A prayer service will be held on Wednesday, June 27, at 1PM at Cummings Funeral Service, Inc., Watertown with Deacon William Johnston presiding, followed by burial in Glenwood Cemetery. A memorial mass will be held at Our Lady of the Sacred Heart Church at a later date.

Robert was born in Watertown on January 6, 1922, son of Harry J. and Beatrice N. Welch DeLosh and he was a 1940 graduate of Watertown High School. On October 19, 1942 he entered the US Army. He received the American Theater and EAE Ribbons and the Good Conduct and Victory Medals. He was honorably discharged as a Sergeant on November 29, 1945.

He worked for 26 years for NY Airbrake, working in the core and blueprints room. Robert retired as the Blueprint Administrator in 1981. He was a communicant of Our Lady of the Sacred Heart Church. He was a life member of American Legion Post 61 and a life member and Man of the Year at Northside Improvement League. He enjoyed watching baseball, hockey, and football.

In lieu of flowers, donations in his name may be made to either Our Lady of the Sacred Heart Church, 320 W. Lynde St. or Hospice of Jefferson County, 1398 Gotham St., both in Watertown, NY 13601. Online condolences to his family may be posted at www.cummingsfuneral.com.