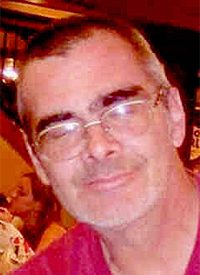 Calling hours will be held at Cummings Funeral Service, Inc., Watertown on Wednesday, January 17, from 4 - 7PM. A prayer service will be at the funeral home on Thursday, January 18, at 9:15AM followed by the funeral mass celebrated at Our Lady of the Sacred Heart Church at 10AM with Rev. Jonas Tandayu, pastor, presiding.

Pete was born in Tom's River, NJ on May 31, 1959, son of Peter M. Findeis II and Elizabeth Ollemar. He began his education in New Jersey, the family then moved to Cape Vincent, and he graduated from Thousand Islands High School. On June 22, 1985 he married Evelyn F. Cleary at Our Lady of the Sacred Heart Church.

He began his career in maintenance at Dexter Elementary School in July of 1980 and retired from the General Brown School District in 2015. Pete was a communicant of Our Lady of the Sacred Heart Church. He was a motorcycle enthusiast. He enjoyed building, repairing, and especially riding with his dog, Pip, who loved to ride with his "dad." He built and raced RC cars, was self-taught on building and repairing small engines, and was well versed in computers. He loved to play the guitar, and enjoyed building and selling various guitars and music equipment.

Along with his wife, Evelyn, he is survived by his twin daughters, Amber Skye Findeis and Brittany Storm Findeis, both of Dexter; two sisters and their spouses, Elizabeth and Marty Cumoletti of Watertown and Colleen and John Pender, of Brownville; and several nieces, nephews, and cousins.

In lieu of flowers Peter's family would like memorial contributions in his name to the American Cancer Society, P. O. Box 7, E. Syracuse, NY 13057. Online condolences to his family may be posted at www.cummingsfuneral.com