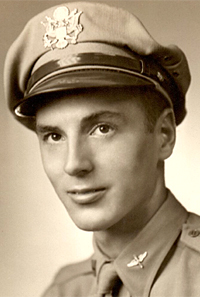 Burial in Brookside Cemetery will be at the convenience of his family. There are no calling hours or funeral and arrangements are entrusted with Cummings Funeral Service, Inc., Watertown.

Richard was born in Watertown on March 4, 1924, son of Sterling and Lorna Snyder Humphries and was a graduate of Watertown High School. He served honorably in the Army Air Corps, 8th Air Force, from August 4, 1944 to August 8, 1946. He was proud being a combat pilot of a B17 during WWII. After the service he attended Clarkson University for Civil Engineering.

On August 28, 1947 he married Eva Simpson at Trinity Episcopal Church and Mrs. Humphries died March 8, 1996. For many years Richard worked as an engineer for NYS DOT, retiring in 1984.

In lieu of flowers, the family requests donations in Richard's name be made to the American Heart Association. Online condolences may be posted at www.cummingsfuneral.com