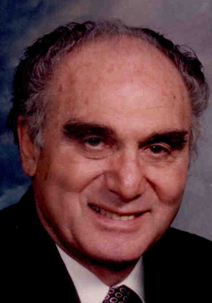 Carl J. Lettiere, 87, Sackets Harbor and formerly of Watertown, passed away Sunday afternoon, September 3, 2017, at Hospice of Jefferson County at the Ellis Farm.

Calling hours will be held at Cummings Funeral Service, Inc., Watertown on Thursday, September 7, from 4 - 7PM. A prayer service will be at the funeral home on Friday, September 8, at 9:15AM followed by the funeral mass celebrated at St. Anthony's Church at 10AM with Msgr. Robert Aucoin, pastor, presiding. Burial will be in Glenwood Cemetery.

Carl was born in Watertown on November 21, 1929, son of Joseph and Pasquelina Signorelli Lettiere and he attended local schools. He entered the US Navy on November 9, 1948 and served aboard the USS Muliphen. He was honorably discharged on October 23, 1952. He married Geraldine Spaziani at St. Anthony's Church on August 13, 1955 with Rev. Dennis Lynch officiating and Mrs. Lettiere died December 10, 2016.

Carl had worked at St. Regis Paper Mill, owned, with his wife, both the Village Inn, Black River and Rainbow Motel, town of Pamelia, and worked at Range Division at Ft. Drum. Throughout his life he was a self-employed carpenter and worked in construction. He was a communicant of St. Anthony's Church, attended daily mass, and was a member of its Men's Mount Carmel Society. Carl was a Bishop Conroy General Assembly 4th Degree Knights of Columbus and a member of Watertown Knights of Columbus Council 259. Carl also was a member of the Italian American Club and American Legion Post 61. His favorite enjoyment was spending time with his grandchildren, and he also enjoyed woodworking, gardening, landscaping, and hunting.

Carl is survived by his daughter, Carla L. Borum and husband, Wylie, Lagrangeville and their children, Wylie, Caroline, William, and Henry; son, Michael A. Lettiere, Sr. and wife, Kathleen B., Sackets Harbor and their children, Michael Jr., Kristan, Bradley, and Lauren; five great grandchildren; two brothers, Johnny Lettiere and William Lettiere and wife, Rene, all of FL; three sisters, Grace Squicciarini and Anne Conto, both of Watertown and Angie Bombardo and husband, Nicholas, FL; and numerous nieces, nephews, and cousins. Along with his wife, Geraldine, Carl was predeceased by three brothers and one sister, Angelo, James, and Frank Lettiere and Mary Soares.

In lieu of flowers, the family wishes donations in his name to either St. Anthony's Church or Men's Mount Carmel Society, 850 Arsenal St., Watertown, NY 13601. Online condolences to his family may be made at www.cummingsfuneral.com.