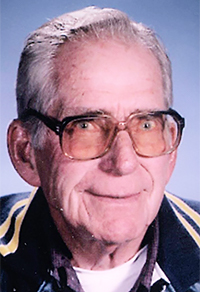 Although Bruce began his career as a naval electrician, he chose plumbing and heating as his life-long trade. The young couple grew to love the Catskill mountains where Marilyn worked summers at Sunny Hill Farm Resort in Freehold, NY.  They settled in those mountains in the hamlet of Oak Hill to raise their family and partnered with Freehold friends, Gunther and Rosemarie Preisner, to launch and grow B&G Contractors Plumbing and Heating.  Upon his "retirement" in 1985, the couple relocated to Fishers Landing in the Thousand Islands region of upstate New York, a favorite family vacation spot.

Incapable of being idle, Bruce became a school bus driver, instructor, and examiner for the Thousand Islands Central Schools while continuing to provide plumbing, heating and electrical services in his new community, retiring again in 2007.

Believing in the importance of public service, Bruce was a lifetime member and former chief of the Oak Hill-Durham Volunteer Fire Company. He served as Greene County Fire Coordinator and, for a time, was a member of the Fishers Landing Volunteer Fire Department. He served as Secretary-Treasurer of the International Good Will Committee of the Canadian & American Legions, and until his demise was an active member and served as  Finance Officer for Colon Couch American Legion Post #821, Clayton, NY.

Relatives and friends are also invited to call at Cunningham Funeral Home, Rt 81, Greenville, NY, on Friday, 7/28/17 from 6-8pm. Funeral Service 12pm on Saturday, 7/29/17 at the Cunningham Funeral Home, Rt 81, Greenville, NY, followed by an interment at Oak Hill Cemetery, Rt 81, Oak Hill, NY, immediately following. Bruce and Marilyn will be interred together.

In lieu of flowers, donations in memory of Wm. Bruce Borwegen may be made to the American Cancer Society, or Oak Hill-Durham Volunteer Fire Company, POB 51, Oak Hill, NY 12460.

Visit www.cummingsfuneral.com for directions and private guestbook or