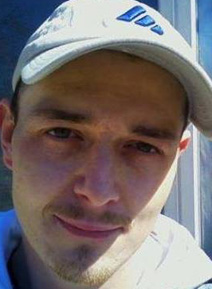 Jason M. Calhoun, 37, passed away suddenly in his home on June 2, 2017. He was born November 29, 1979 in Watertown, the son of Nancy Calhoun. He attended Watertown City Schools. He was employed at Car Freshner Corp. before being diagnosed with Multiple Sclerosis in his mid 20's, causing him to become disabled.

Jason is survived by his Mother Nancy Calhoun; his daughter Brianna Calhoun; a half brother and a half sister; and several aunts, uncles, cousins, and his pug, Doug.

He is preceded in death by his grandparents, William Sr. and Patricia Calhoun.

Jason enjoyed the time he had with his daughter, family, and friends. He felt at peace while listening to his favorite music. Jason had a kind heart for animals, and welcomed them into his home. He fought a fight like no other. While MS made his body disabled, his mind continued to love. He also had enjoyed fishing and tattoos.

Funeral arrangements are being handled by Cummings Funeral Service, Inc. in Watertown. Calling hours will be at the funeral home on Friday, June 9, from 1 - 2:30PM followed by the funeral at 2:30PM with Pastor Shane Ryan, of New Way Assembly of God, Watertown, presiding. Burial will be in Brookside Cemetery. In lieu of flowers, the family asks that you consider donations be made to The National MS Society in memory of Jason and in honor of his mother, Nancy, at www.nationalmssociety.org.

Online condolences to Jason's family may be made at www.cummingsfuneral.com.