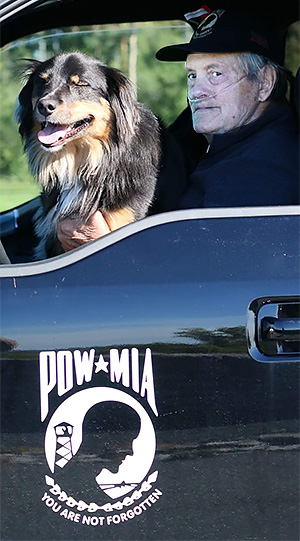 Merrill A. Peters, 74, of Watertown passed away at his home Wednesday afternoon, April 6, 2017.

Callings hours will be held at Cummings Funeral Service, Inc., 214 Sterling St., Watertown on Wednesday, April 12, from 4 - 7PM. The funeral service will be at the funeral home on Thursday, April 13, at 11AM with Pastor Jeff Smith, of First Baptist Church, presiding. Following the service, friends are invited to American Legion Post 61, 138 Sterling St., Watertown from 12:30 - 2:30PM. Burial will be in Arlington National Cemetery.

Merrill was born in Watertown on October 6, 1942, son of Ernest F. and Dorothy M. Armstrong Peters and he attended General Brown School. He entered the US Army, serving in Vietnam, and was honorably discharged on May 21, 1974. He was a cab driver for Yellow Cab for 25 years.

One of his greatest joys was helping other veterans and being an advocate for them. He was a volunteer driver and member of DAV and also drove for Peer to Peer Outreach Center. Merrill was a member of the American Legions in Watertown and Dexter and the Vietnam Veterans of NYS. He enjoyed cars, the outdoors, Thompson Park, traveling, and especially his dogs.

In lieu of flowers, a donation to a Veteran or animal organization of your choice in Merrill's name would be greatly appreciated. Online condolences to his family may be made at www.cummingsfuneral.com.