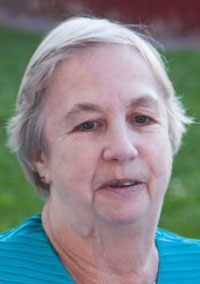 Calling hours will be held at Cummings Funeral Service, Inc., 320 John St., Clayton on Wednesday, December 7, from 5 - 8PM. The funeral mass will be celebrated at St. Mary's Church, Clayton on Thursday, December 8, at 11AM with Rev. Arthur J. LaBaff, pastor, presiding and burial will be in St. Mary's Cemetery.

Ginny was born in Watertown on February 25, 1952, daughter of J. George and Mary Elizabeth "Bid" Cantwell Bazinet. She was a 1969 graduate of Clayton High School.

With her husband, she was owner and operator for the last 20 plus years of the Chateau County Inn. She also associated with him in the operation of Clayton Island Tours. Ginny was a member of St. Mary's Church and the American Legion Colon Couch Post 821 Ladies Auxiliary. She very much enjoyed conversation with her many friends and maintained a close relationship with family members, sister-in-law Teresa Kay and mother-in-law Dorothy Kay. She also enjoyed their dog, Skipper, for company especially while Dave was away on work.

Donations in her name may be made to the Association for the Blind & Visually Impaired of Jefferson Co., Inc., 131 Washington St. Suite 300, Watertown, NY 13601.