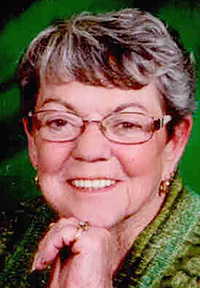 Joan A. McClusky, 81, Academy St., Watertown passed away Friday evening, October 7, 2016, at Samaritan Medical Center where she had been a patient since October 3.

Calling hours will be held at Cummings Funeral Service, Inc., Watertown on Monday, October 10, from 4 - 7PM. A prayer service will be at the funeral home on Tuesday, October 11, at 9:15AM followed by the funeral mass celebrated at St. Patrick's Church at 10AM with Msgr. Robert Aucoin, pastor, presiding. Burial in Glenwood Cemetery will be at the family's convenience.

Joan was born in Montclair, NJ on January 9, 1935, daughter of Stephen D. and Marian Davis Schmieg. She graduated from Glen Ridge (NJ) High School in 1952 and received her degree in Nursing from Jefferson Community College in 1978. She married William J. McClusky on December 26, 1959 and the marriage ended in divorce.

After receiving her nursing degree in 1978, she began her career as a Registered Nurse at Mercy Hospital. She was the last RN at Mercy when it closed. Joan was a member of Mercy School of Nursing Auxiliary, Patient Advocacy Council, Association of Nurses in AIDS Care, and volunteered for Hospice of Jefferson County and for Samaritan Summit Village. She had served on the Board of Samaritan Home Health Care.

Donations in Joan's name may be made to the Joan A. McClusky Nursing Scholarship at Jefferson Community College, 1220 Coffeen St., Watertown, NY 13601. Online condolences to her family may be made at www.cummingsfuneral.com.