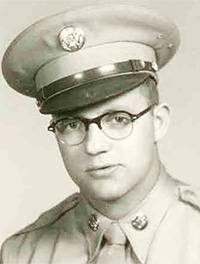 Calling hours will be held at Cummings Funeral Service in Watertown on Thursday, September 15, from 6:00-8:00pm. A funeral service will be held at the funeral home on Friday, September 16, at 11:00am with Msgr. Robert Aucoin presiding. Burial will be at the convenience of the family in St. Vincent of Paul Cemetery in Cape Vincent, N.Y.

Jim was born in Allegany, NY, on July 28, 1933, the son of Walter L. and Marguerite Brunner Brown. He graduated from Olean High School and received his Bachelor of Science degree from the University of Oklahoma Engineering School.

On May 11, 1953, Jim entered the US Army. He received the Korean Service Medal, the Good Conduct, the United Nations Service Medal, and the National Defense Service medal. He was honorably discharged as a Corporal on May 12, 1955.

On September 8, 1962, Jim married Doris A. Votra at the St. Vincent of Paul Church in Cape Vincent, N.Y.

As an engineer, Jim worked for Eastman Kodak Company, American Standard, and Xerox. He also owned and operated The Company Store in Cape Vincent, N.Y., during the summer tourist season.

Jim was a communicant in mass celebrations and sang in the choirs at both St. Vincent Of Paul Church in Cape Vincent and of St. Mary's Church in Clayton. He was also a member of the Colon-Couch American Legion Post 821 in Clayton. Jim enjoyed reading books on history, took great pleasure in nature, and had a beautiful and wonderful singing voice. The couple had lived in Warsaw, N.Y. for a number of years, but then returned to Cape Vincent in the late 1970s.

Donations in his name may be made to St. Patrick's Church, 123 S. Massey St., Watertown, NY 13601. Online condolences to Jim's family may be made at www.cummingsfuneral.com.