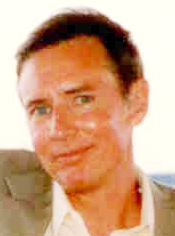 Calling hours will be held at Cummings Funeral Service, Inc., Watertown on Friday, September 2, from 4 - 6PM. The funeral mass will be celebrated at Holy Family Church on Saturday, September 3, at 10AM with Rev. Steven Murray, pastor, presiding. A luncheon reception at Ives Country Club, Watertown will follow the service. Burial will be at the family's convenience in Glenwood Cemetery.

Dr. FitzGerald had worked in alcohol and substance abuse counseling early in his career in New Mexico and New York. From 1981 to 1987 he was a Clinical Director and then coordinator of several mental health programs in New Mexico, Texas, and Wyoming. Moving back to New York in 1987, he was a psychologist at Family Psychology Institute of Binghamton and consulted for a prevention program for youths in Cortland. From 1989 - 1991 he was a Psychologist for Jefferson Rehabilitation Center, Watertown. In 1990 he began his private practice in Watertown as a NYS Licensed Psychologist, treating local residents and soldiers.

On November 28, 1981 he married Canice L. White in Truth or Consequences, NM.

Dr. FitzGerald was a member of the American Psychological Assoc., Winona Way Tug Hill Assoc., Friends of Big Sandy Bay, and Friends of the Library at Ainsworth Memorial Library, Sandy Creek. He participated as a citizen scientist on bird populations for Cornell Cooperative Extension. He was an avid tri-athlete and enjoyed running, biking, cross country skiing, hunting, and gardening. He cared deeply for the forest and planted over 400 trees on his Wolfe Island cottage property.

Donations in his name may be made to the Watertown Urban Mission, 247 Factory St., Watertown, NY 13601. Online condolences to his family may be made at www.cummingsfuneral.com.