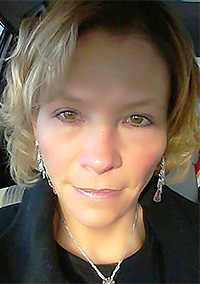 Calling hours will be held at Cummings Funeral Service, Inc., 320 John St., Clayton on Tuesday, June 21, from 4 - 8PM. The funeral mass will be celebrated at St. Mary's Church on Wednesday, June 22, at 11AM with Rev. Christopher Looby presiding. Burial will follow in Barnes Settlement Cemetery, Alexandria Bay.

Aimee was born in Alexandria Bay on August 14, 1971, daughter of Lynn L. and Patricia A. Munger Cooley. She was a 1989 graduate of Thousand Islands High School and in 1994 graduated from SUNY at Brockport with her bachelor's degree. She was a Child Support Investigator for Jefferson County Department of Social Services, serving the county for the last 22 years.

Aimee attended both St. Mary's Church, Clayton and St. Cyril's Church, Alexandria Bay. She was a great supporter of her son's sporting events and very active with Thousand Islands Youth Hockey. She enjoyed fishing and the outdoors and was an avid Buffalo Bills and Beatles fan.

Donations in her name may be made to Thousand Islands Youth Hockey, P. O. Box 278, Clayton, NY 13624. Online condolences to her family may be made at www.cummingsfuneral.com.