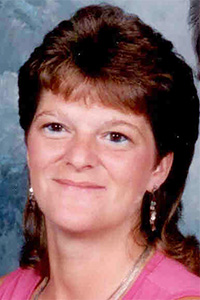 Services will be at the convenience of the family. Arrangements are entrusted with Cummings Funeral Service, Inc., Watertown.

Laurie was born in Watertown on June 29, 1958, daughter of Joseph and Norma Bean LeClair and she attended Watertown schools. On February 26, 1977 she married William H. Calhoun, Jr. at First Presbyterian Church. She had worked at various diners as a waitress, including Allen's Diner and Ground Round, and as a home health care worker. She enjoyed playing card and bingo.

Donations in her name may be made to American Lung Assoc. in NY, 155 Washington Ave., Suite 210, Albany, NY 12210. Online condolences to Laurie's family may be made at www.cummingsfuneral.com.