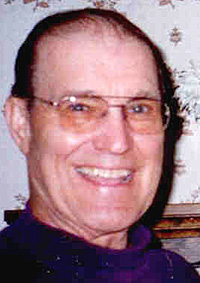 The funeral mass will be celebrated on Saturday, May 28, at 10AM at Holy Family Church with Rev. Steven Murray, pastor, presiding and burial will follow in Glenwood Cemetery. The will be no calling hours and arrangements are entrusted to Cummings Funeral Service, Inc., Watertown.

Mr. Robbins was born December 9, 1928 in Watertown, son of Roy and Margaret Bennett Robbins. He left high school at age 16 to join the US Navy. After serving two years in the Pacific Theater (1945 - 1947), he returned to Watertown, obtained his GED diploma and attended Watertown School of Commerce for one year. He obtained certificates in "Purchasing" and "Traffic Management" from LaSalle Extension University. Mr. Robbins was employed by St. Regis Paper Co., W. Carthage as Production Analyst and later by Stebbins Engineering and Manufacturing Co. in the purchasing dept. He became Purchasing Agent/Traffic Manager for the last 13 years of his tenure. He was employed as an Appraiser Technician by Jefferson County, retiring in 1986. He became self-employed as a bank real property appraiser and VA appraiser until his retirement in 1992.

Mr. Robbins was a former member of Watertown Lions Club. He was a communicant of Holy Family Church, a charter member of its Legion of Mary and was a lay minister. He married Mary Jean Hayden June 9, 1950 with Msgr. Robert J. McCarthy officiating. An avid fisherman and hiker, Mr. and Mrs. Robbins vacationed annually in the Adirondacks for over 60 years.

In lieu of flowers the family requests donations in Mr. Robbins name may be made to Holy Family Church, 129 Winthrop St., Watertown, NY 13601. Online condolences to his family may be made at www.cummingsfuneral.com.