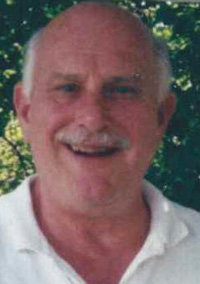 Charles W. DiPrinzio “Dippy” passed away April 7th, 2016 with family by his side at the age of 74 at Samaritan Medical Center after a long battle with Lewy Body Dementia.

There will no calling hours. A celebration of life will be held at a later date. Arrangements are entrusted with Cummings Funeral Service, Inc., Clayton.

On November 9th, 1963 he married Diana R. Ebere at Sacred Heart Church in Chazy, NY. They had two boys Timothy and Christopher.

He worked for a short period at Sheridan Iron works in Champlain NY before beginning his long career, that started in 1965, with A.N. Deringer Inc., US Customs Brokers specializing in the Import/Export business. In 1981 he accepted an Assistant Manager Position in Alexandria Bay, then in 1987 moved to Buffalo NY as Manager. His career with A.N. Deringer spanned 38 years retiring in 2003.

Charlie was a giving man; he loved to entertain and was accepting of everyone. His home was often a gathering place where you would have great food and conversation. He loved his BBQ grill and would cook everything on it. He enjoyed fishing, golfing, boating and always enjoyed finding great restaurants to experience. He was also a member of the American Legions in Champlain and then in Clayton.