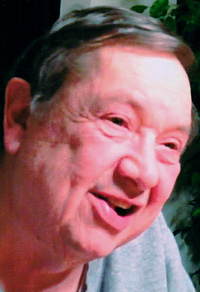 Nicholas R. Canale, 69, Holcomb St., Watertown passed away Saturday afternoon, April 2, 2016, at his home with his family by his side. A funeral mass will be celebrated on Thursday, April 7, at 10AM at St. Anthony's Church with Rev. Joseph Christy presiding and burial will follow in Glenwood Cemetery. There will be no calling hours and arrangements are entrusted to Cummings Funeral Service, Inc., Watertown. Nick was born in Watertown on September 24, 1946, son of Rocco P. and Eleanor M. "Honey" Hilden Canale and he graduated from Watertown High School.

He had worked as a loan officer for Watertown Savings Bank. He was a salesman for most of his career, working for Consolidated Freight, Oneida Trucking, Fucillo's, Caprara's and Dealmaker, retiring in 2009. He was a communicant of St. Anthony's Church. Nick was a current member of Elks Lodge 496 and a former member of the Italian American Club. He was an avid golfer, but most important in his life was family and socializing with his friends.

Along with his wife, Margaret, he is survived by his daughter and her husband, Nichole M. and Peter J. Moles, Syracuse; his son and his companion, Rocco P. Canale and Jessica Allen, Watertown; two grandchildren, Sullivan R. Moles and Eleanor C. Moles, both of Syracuse; and numerous aunts, uncles, nieces, nephews and cousins. His father, Rocco, died November 1, 1995, his mother, Honey, on September 10, 2008, and his sister, Marcia Canale-Bracken, on December 24, 2001.

In lieu of flowers donations in his name may be made to the Rocco P. Canale Memorial Scholarship Fund at JCC, 1220 Coffeen St., Town of Watertown Fire Dept., 22825 County Rt. 67, or Hospice of Jefferson County, 1398 Gotham St., all in Watertown, NY 13601. Online condolences to Nick's family may be made at www.cummingsfuneral.com.