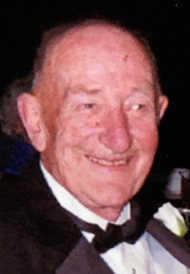 Calling hours will be held at Cummings Funeral Service, Inc., Clayton on Tuesday, December 22, from 4 - 7PM. The funeral service will be Wednesday, December 23, at 10AM in the Thousand Island Park Chapel, 42895 St. Lawrence Ave., TI Park, NY 13692, with Rev. Donald L. Briant presiding. Private burial will be in Riverside Cemetery, Wellesley Island. There will be a memorial service in the summer at a time and date to be announced.

Charles was born in TI Park on June 11, 1934, son of Glenn L. and Eva M. Eager Heath. He graduated from LaFargeville Central School and attended Canton ATC. On November 7, 1953 he married Mabel A. "Mamie" Denner at the Alexandria Bay Methodist Church with Rev. Walter Dobie officiating.

For 33 years he worked for Smith Transport, Wellesley Island as an over the road driver. Charles also was a US Mail contractor for over 50 years and a former Code Enforcement Officer for the Town of Orleans. He was a member of the Clayton United Methodist Church, TI Park Corp. Board, Teamsters Union, National Guard, LaFargeville Central School Board, Wellesley Island Church Board of Directors, and was a life member of the Wellesley Island Fire Dept. He was active with Boy Scouts. His greatest joy was spending time with his family and was an avid dancer, boater, and loved the St. Lawrence River. He also enjoyed guitar and banjo, golf, traveling, fishing, and hunting.

Besides his wife of 62 years, Mamie, Charles is survived by his two sons and their wives, Stephen W. and Diane W. Heath, Baldwinsville and Chris E. and Nancy T. Heath, TI Park; four grandchildren, Kristy Carey, Megan Krause, and Ryan and Nicole Heath; three great grandchildren, Teddy, Charlie, and Lucie; and numerous nieces, nephews, and cousins. Along with his parents, he was predeceased by his sister, Patricia R. Farr.