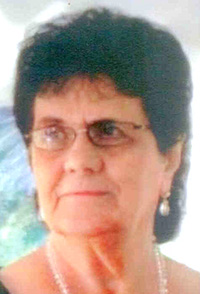 Quinta D. Smith Beutel, 83, of Jewell Drive, Watertown, died Wednesday evening, November 25, 2015 at the Samaritan Medical Center surrounded by her family. Calling hours will be on Wednesday December 2, 2015 at the Cummings Funeral Service, Inc. from 4:00 to 7:00 pm followed by the funeral service at 7:30 with Rev. Steven M. Murray officiating. At her request Quinta will be cremated.

Quinta was born on October 31, 1932 in Watertown, the daughter of Dominic and Paolino Fiaschetti Misercola and educated in Watertown schools. She was in the restaurant business in the Watertown area for many years at various restaurants including Grieco's Brass Rail for 25 years and Dante's Restaurant among others. A marriage to Alfred G. Smith and one to Richard T. Beutel, ended in divorce. She had attended both her home parish, Holy Family Church and St. Anthony's Church, Watertown, as well as being a member of the Watertown American Legion Post-61. Her children and her grandchildren were her life, and was known as the neighborhood mom as her children grew. She was an avid reader, a fan of country music, and was known for her Italian cooking.

In lieu of flowers the family requests donation to the American Heart Association Founders Affiliate, P.O. Box-417005, Boston, MA 02241-7005. Online condolences to the family may be made at www.cummingsfuneral.com