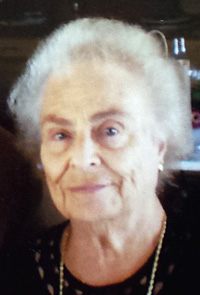 Mary U. Connor, 85, of Clayton passed away Sunday, November 8, 2015, in Samaritan Keep Home, Watertown where she was rehabbing since October 15.

A calling hour will be held at Cummings Funeral Service, Inc., Clayton on Thursday, November 12, from 10 - 11AM. The funeral service and the burial in Maple Lawn Cemetery, Parish will be at the convenience of the family.

Mary was born in Oswego on January 18, 1930, daughter of Ernest Stanton Upton and C. Mildred (Smith) Upton. She graduated from Altmar Parish Williamstown High School and received her BA from Keuka College and her MA from Potsdam, both in Education.

She began her career in teaching at Union Academy of Belleville Central School. While there she met Robert L. Connor, also a teacher, and they married on July 3, 1954. She then taught at Glens Falls High School as a business teacher. In 1968 she began teaching at Thousand Islands High School, retiring in 1988. Along with her husband, they also owned Roosevelt Trailer Park and Cottages in Clayton for 54 years.

Mary was a member of Clayton United Methodist Church, Traveler's Club, Clayton, and NYS Retired Teachers Association. She enjoyed gardening, boating, fishing, traveling, and especially enjoyed her grandchildren and attending all their events.

Donations in her name may be made to T. I. E. R. S., PO Box 524, Clayton United Methodist Church, 324 John St., or Clayton Community Band, PO Box 236, all in Clayton, NY 13624. Online condolences to Mary's family may be made at www.cummingsfuneral.com