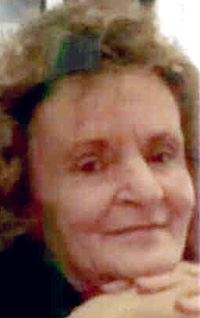 Calling hours will be held at Cummings Funeral Service, Inc., Watertown on Monday, October 26, from 10 - noon followed by burial in Brookside Cemetery.

Jeannine was born in Syracuse on January 21, 1943, daughter of Paul J. and Beatrice J. Mouck Sgambati. A marriage to Thomas Ash ended in divorce. She had worked in the health care field and was a homemaker. She was an avid reader and enjoyed gardening and genealogy.

Online condolences to Jeannine's family may be made at www.cummingsfuneral.com