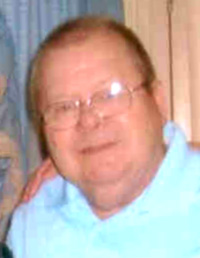 A calling hour will be on Saturday, September 26, from 10 - 11AM at Cummings Funeral Service, Inc., Watertown followed by the funeral service at 11:30AM at the funeral home with Rev. Vincent T. Freeh, MSC presiding.

Donald was born in Carthage on June 24, 1940, son of Amos and Albena Ducey Trombley and he attended Augustinian Academy. He served in the Navy from 1958 until his honorable discharge in 1961. He was deployed to Greece, Italy, the Mediterranean area, and served aboard the USS Independence.

On April 17, 2010 he married his long-time companion, Michele Muldovan, at their home in Watertown.

Don worked for NY Airbrake for 28 years. Over the years, he and Michele enjoyed visiting casinos, here and around the country, He enjoyed hunting in his earlier years, was an avid NY Yankees fan, but most of all he enjoyed his grandchildren. Don played guitar, making the music he so loved, with his brother-in-law and nephew and was a natural entertainer.

Along with his wife, Michele, he is survived by his four children, William and Lisa Gleason, Audri Gleason and companion, Ahmed Depuy, and Gregory Gleason, all of Watertown and Gregory's twin, Andrew Gleason, AZ; three grandchildren, Micheal and Zachary Gleason and Alena Jackson; three sisters, Leona Moore, Lowville, Clara Shuttleton, Carthage, and Shirley Minkler, Watertown; and several nieces, nephews, and cousins. His brother, Amos, and his two sisters, Mildred Bylow and Beverly Myers, died before him.

Donations in his name may be made to American Heart Assoc./American Stroke Assoc., PO Box 3049, Syracuse, NY 13220. Online condolences may be made at www.cummingsfuneral.com