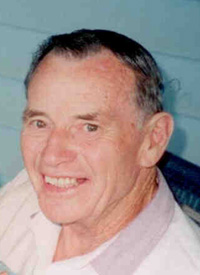 Kennith J. David, Sr., 86 of Casey Street, Watertown passed away Thursday evening Sept. 3, at the Samaritan Medical Center. Calling hours will be held on Monday Sept, 7, 2015 from 10:30 to 12:30 at Cummings Funeral Service, Inc. 214 Sterling Street, Watertown followed by the funeral service at 1:00pm with Rev. Michael Ryan pastor of the Assembly of God officiating. Burial will be in St. Lawrence Cemetery, Town of Cape Vincent. Contributions may be made in his name to the Assembly of God Church 116 Haley Street, Watertown, N.Y. 13601.

Mr. David was born on October 14, 1928, the son of Stuart and Ida Blodgett David. He was educated in Watertown schools. He married Evelyn Montondo on August 31, 1947 in Watertown, she died on February 25, 1991. He was a self employed Dairy Farmer on the Crystal Springs Road in Clayton for many years and was a school bus driver in the Thousand Islands School District for many years as well.

Kennith attended the Assembly of God Church and enjoyed bowling, camping, playing cards and horseshoes, and was an avid fisherman especially the opening day of bass fishing. He is survived by his 4 children, Deborah A. Strouse, Adams Center, her twin, Daniel L. David and his wife Lori, Clayton, Kathy D. Hoppel and her husband Kevin, Watertown, and Randy A. David and his wife Bobbie, Clayton; his deceased son's companion, Edith J. "Edy" Kempney, Clayton; 17 grandchildren and 14 great grandchildren; his companion Joan Montondo and her son Robert J. Montondo and his wife Angela, Cape Canaveral,Fla.; several nieces, nephews and cousins. He is predeceased by his son, Kenneth J. David, Jr . on December 18, 2011 and Joan's son Darrell H. Montondo on April 23, 2012.