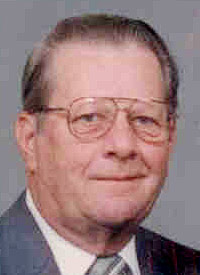 John J. Donoghue, Jr., 82, N. Indiana Ave., Watertown, passed away Saturday morning, November 10, 2012, at Samaritan Medical Center, where he had been a patient since October 29th.

Calling hours will be held at Cummings Funeral Service, Inc, Watertown, on Tuesday, November 13, from 4 - 7 PM. A prayer service will be at the funeral home on Wednesday, November 14, at 10:15 AM followed by the funeral mass celebrated at Holy Family Church at 11 AM with Rev. Steven Murray, pastor, officiating. Entombment will be in Glenwood Mausoleum.

Mr. Donoghue was born in Watertown on January 3, 1930, son of John J. and Alice Delaney Donoghue. He graduated from Immaculate Heart Academy in 1947 and had attended Villanova.

He had worked briefly for Stebbins Engineering prior to attending Villanova and then for NY Airbrake. In 1950 he began his career with the City of Watertown in the Engineering Dept., becoming Senior Engineer in 1962. He then transferred to the Water Dept. and in December of 1966 he was named Superintendent of the Water and Electric Dept., a position he held until his retirement in 1983.

John was a licensed NYS Land Surveyor. He was a communicant of Holy Family Church and a life member of the Watertown Elks Lodge #496. He enjoyed golfing, bowling, hunting, fishing, and vegetable gardening. He was an avid sports fan, attending many of his grandchildren's sporting events and especially loved the NY Yankees.

Since 1977, with his first open heart surgery, he mystified his doctors for 35 years with his resiliency and rebounded from many serious illnesses. The family would like to thank Samantha and Dora for their exceptional care and kindness in his final months.

Donations in his name may be made to either Immaculate Heart Central School Scholarship Fund, 1316 Ives St. or Holy Family Church, 129 Winthrop St., both in Watertown, NY 13601.