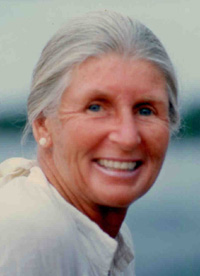 Mary Constance (Connie) FitzGerald, 94, 24039 Gotham Street Road, Watertown, passed away at her home on Thursday, June 4, 2015, in the care of her family and Hospice of Jefferson County.

Calling hours will be held at Cummings Funeral Service, Inc., Watertown, on Thursday, June 11, from 4 - 7 p.m. A funeral mass will be celebrated at Holy Family Church on Friday, June 12, at noon with Reverend Steven Murray, pastor, presiding. Burial will follow in Glenwood Cemetery.

Connie was born in Watertown on April 2, 1921, daughter of Clarence and Florence Sloan Kendall. She graduated as salutatorian of her class at Immaculate Heart Academy and received her Bachelor of Science degree in Nursing from Simmons College, Boston, MA.

On May 11, 1945, she married Dr. James A. FitzGerald at Holy Family Church with Monsignor Albert J. Farrell officiating. Dr. FitzGerald, an obstetrician and gynecologist, died November 8, 1995.

After their marriage, the couple lived in Framingham, MA, and Syracuse before settling in Watertown for 65 years. Connie was a communicant of Holy Family Church. She served on the Board of Directors for Mater Dei College, and as a volunteer for the YWCA and the Jefferson County Historical Society. Connie enjoyed theatre, symphony, reading, intellectual conversations, cross-country skiing, swimming, and diving. The couple's home in Barbados, West Indies, and their summer cottage on the St. Lawrence River in Clayton enriched their lives immensely.

In lieu of flowers, donations may be made in Connie's memory to Immaculate Heart Central Schools, 1316 Ives Street or Hospice of Jefferson County, 1398 Gotham Street, Watertown, NY 13601.