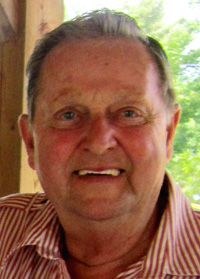 A graveside service will be held at Grove Cemetery, LaFargeville on Thursday, November 8, at noon. Arrangements are with Cummings Funeral Service, Inc., Clayton.

Leslie had worked for Knowlton Bros., Watertown for 23 years and for Crowley Food, LaFargeville for 25 years as a maintenance man for both businesses. He was Methodist and a Mason. He loved his garden, his outdoor kitchen, and had a special love for the River and fishing. But his greatest love was his family and his beloved dog, Scooter.

In lieu of flowers, the family wishes donations in his name to TIERS, PO Box 524, Clayton, NY 13624. Condolences may be made to the family at http://www.cummingsfuneral.com/.