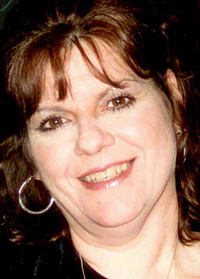 A celebration of her life will be announced and arrangements are entrusted to Cummings Funeral Service, Inc., Clayton.

Diane was born February 13, 1960, the daughter of Dean B. Garrett and Helen Louise Rentsch, both deceased. She had been previously married to Darlene E. Cupernall for seven years. She loved her animals, reading, politics, liked to travel to Turning Stone, and enjoyed watching television, especially reality shows.

She is survived by her brother and his wife, Paul A. and Sandy Garrett, Columbus, OH, her sister, Kelly Donato, Uhrichsville, OH, and nieces, nephews, and cousins. Her brother, Dean Garrett, and her brother-in-law, Dave Donato, died before her.

The family wishes donations in her name to be made to the SPCA of Jefferson County, 25056 Water St., Watertown, NY 13601. Online condolences may be made at www.cummingsfuneral.com